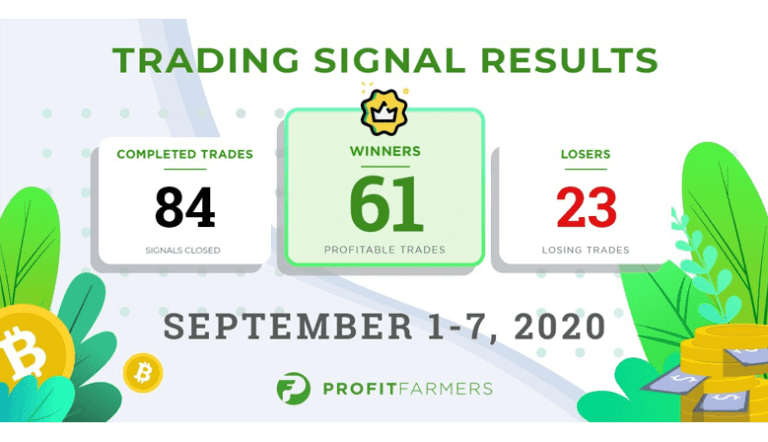 Here is the latest trading signals statistics update covering September 1-7! What a start to the month it has been – cryptocurrency showing the world what volatility truly means.

Watch the breakdown
or

Our algorithms generated over 84 signals in 7 days across the various strategies.

That’s an average of 12 seed signals closing every single day!

When we broke down the winners and losers for last week, we saw a massive 73% of them hitting at least target 1!

That’s 61 out of 84 signals offering up at least some profit potential! Only 27% (23) of our signals generated and vetted by the experts went directly to stop-loss. 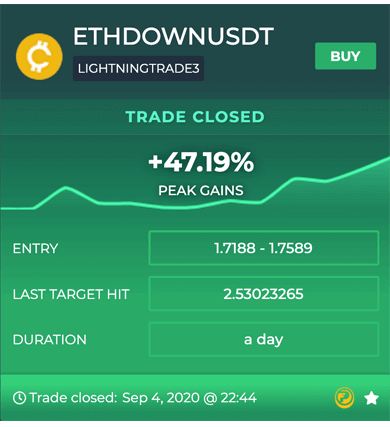 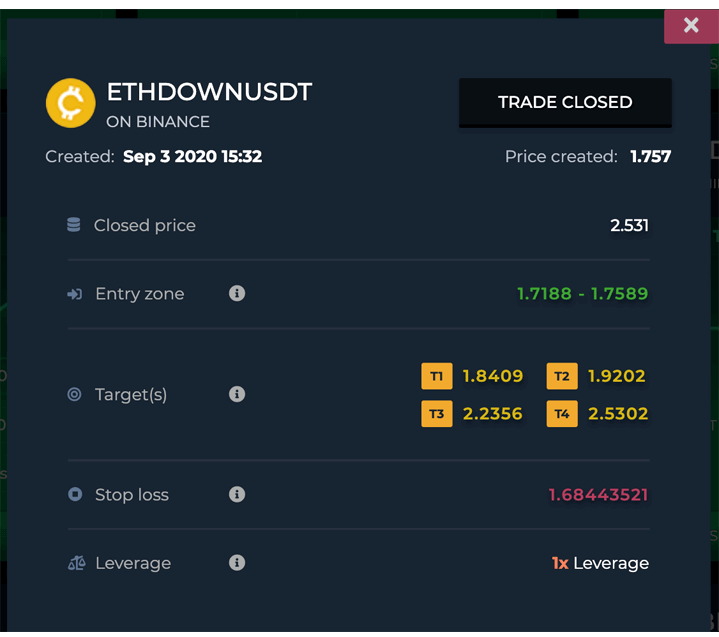 Our favourite trade over this period came in on the 4th of September thanks to ETHDOWNUSDT! You might never have seen this trade before late last month because it is a coin pair that is fairly new to the platform. (You can read more about it in our blog about Binance Leveraged Tokens.)

Even though the market has been going through a dip, at least some good came out of it. ETHDOWNUSDT made +47% gains in just a day! 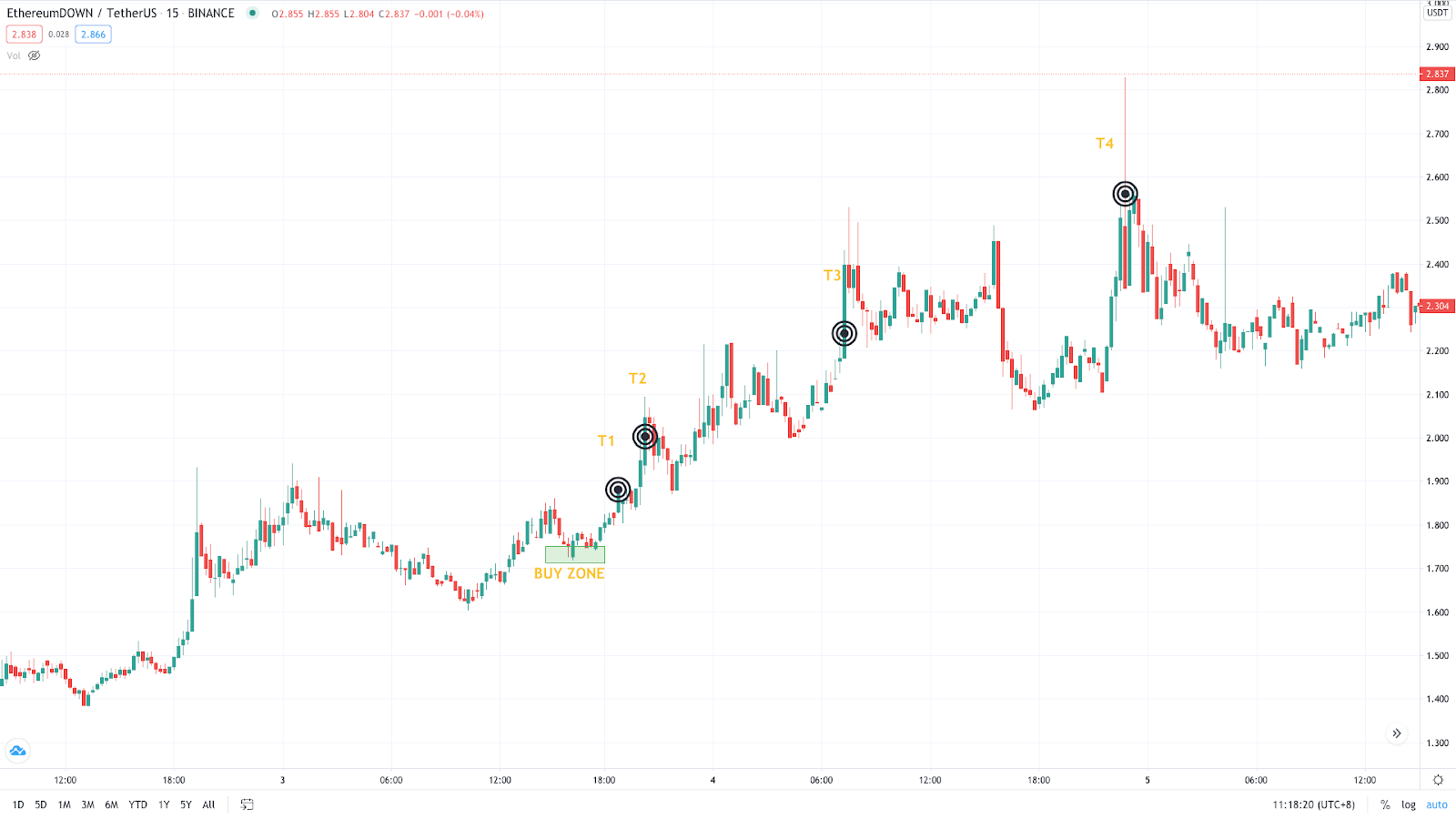 We could call ETHDOWNUSDT a healthy trade, as the dips and rise are where a chart analyst would expect them. After the entry zone was created it didn’t take long for this signal to rise, hitting T1 in only a few hours and T2 immediately after. After T3 was hit the pricewent into a bit of a pullback before soaring up again to hit T4 for a peak profit of +47%!

The beginning of September where we saw Bitcoin drop from 12k to 10k was rough, we wondered how that might have affected our signals. So we broke down the winners to discover which targets were being hit. This is what we saw:

That’s a good number despite bitcoin taking a massive dip. Why?

That means the majority of signals were still generating profitable opportunities!

ETHDOWNUSDT is the most profitable and fastest trade making 47% in only a day. Special mention must be given to CRVUSDT which also managed to make a delightful +35% in under 2 days. But these top 2 trades weren’t as fast as STORJBTC, gaining +26% in just 2 hours! Despite the market going down this week, there were still profitable signals for you to trade!