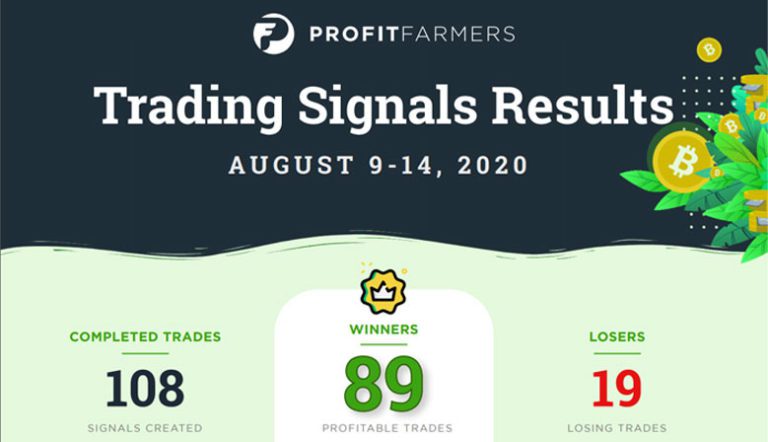 We have made a slight change to how we are generating the statistics, previously we had looked at trades opened in the date range, but it seems more logical to look at the trades that
actually closed within the date range.

All numbers are still based upon the cumulative averages (adding all the signals together to find the average result).

Our algorithms generated over 108 signals in 6 days across the various strategies.

That’s an average of 18 fresh seed signals every single day appearing on the dashboard for our members all around the world.

The win rate has increased even further this week with 82% of signals hitting at least target 1!

That’s 89 out of 108 signals offering up at least some profit potential! Only 18% (19) of our signals generated and vetted by the experts went directly to stop-loss. 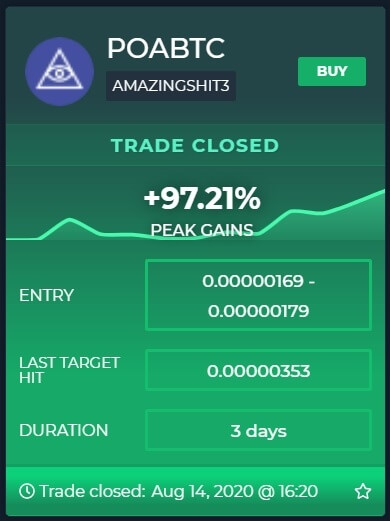 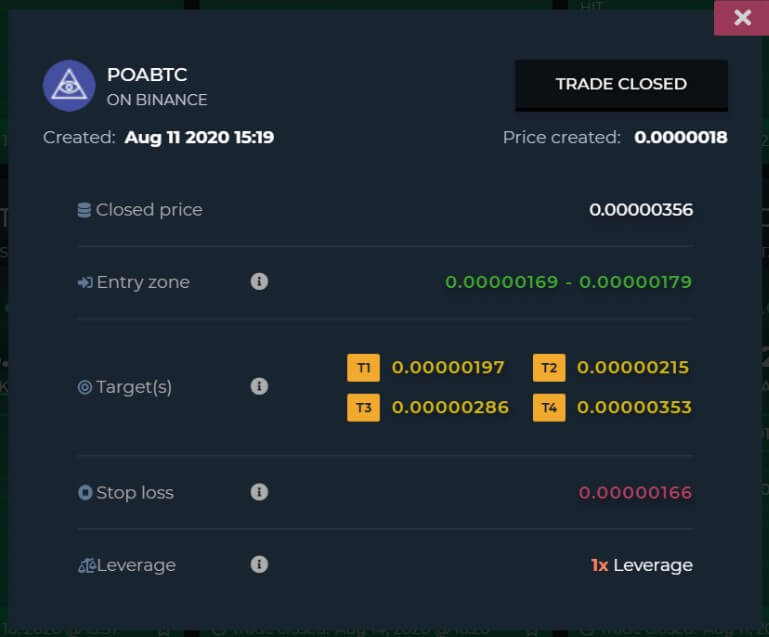 Our favourite trade over this period came in on the 14th August thanks to POABTC.

Good things come to those who wait. It was a relatively slow start but the final ramp up was almost vertical. Hitting all targets for a peak gain of just under 100% in 3 days!

That means the majority of signals have, once again, been generating very profitable opportunities!

Almost 33% of all trading signals generated achieved a peak profit of +28%! That’s a staggering statistic!

Let’s give a captain slow-poke mention to IOTABTC. We had this signal open and running for 88 days before it closed with a peak gain of 54%.

Set it and forget it!