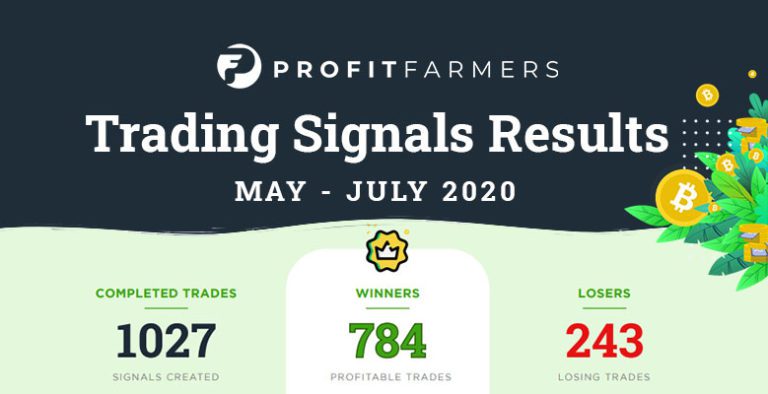 We’ve had an absolutely incredible time these last few months and our cryptocurrency trading signals results have been on FIRE 🔥🔥🔥.

Our algorithms generated over 1000 signals in 3months across various strategies. The core focus being on unleveraged long trades.

That’s an average of 11 fresh seed signals every single day appearing on the dashboard for our members all around the world.

What makes that number extraordinary is that when you break down the winners and losers we saw a massive 76% of them hitting at least target 1!

That’s 784 out of 1027 signals offering up at least some profit potential! Only 24% (243) of our signals generated and vetted by the experts went directly to stop-loss. 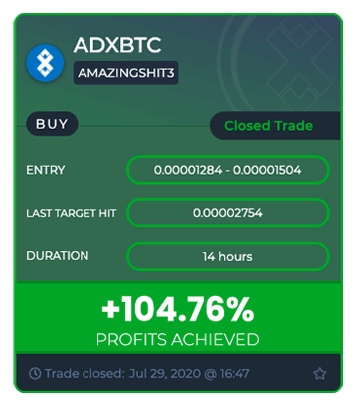 Our favourite trade over this period came in at the end of July thanks to ADX (AdEx) traded against BTC.

So you can see on the chart that the price dipped directly into the middle of our buy zone and then skyrocketed… hitting all targets for a peak gain of 105% in just 14 hours!

The move ended up wicking even further up than expected for a maximum move from entry of +150%.

This showcases exactly why crypto is still the most exciting asset to trade!
Where else you make gains like these in less than a day!? 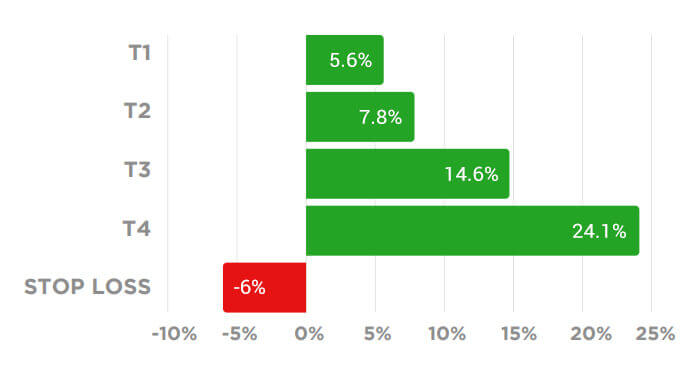 Almost 25% of trading signals generated achieved a peak profit of +24%!

Notably TFUEL makes an appearance twice, gaining +80% against Bitcoin over 5.5 days, but incredibly +70% in just half a day traded against USDT!!

TROY, BAND and COS all get honourable mentions for hitting (almost) +100% gains.