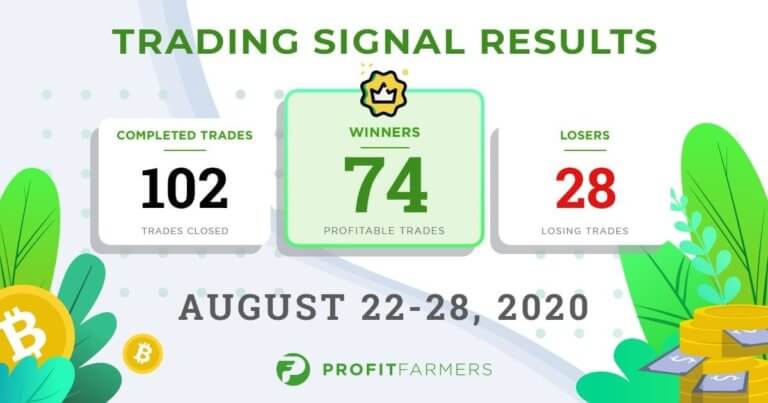 Our algorithms closed 102 signals in 7 days across the various strategies.

That’s an average of 15 seed signals closing every single day for every ProfitFarmer out there!

It was a much more difficult week in the markets but when you break down the winners and losers you can spot 73% of them hitting at least target 1!

That’s 74 out of 102 signals offering up at least some profit potential! Only 27% (28) of our signals generated and vetted by the experts went directly to stop-loss. 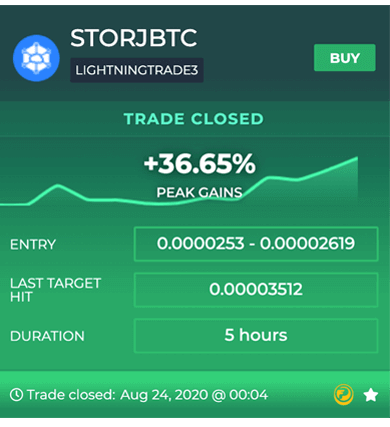 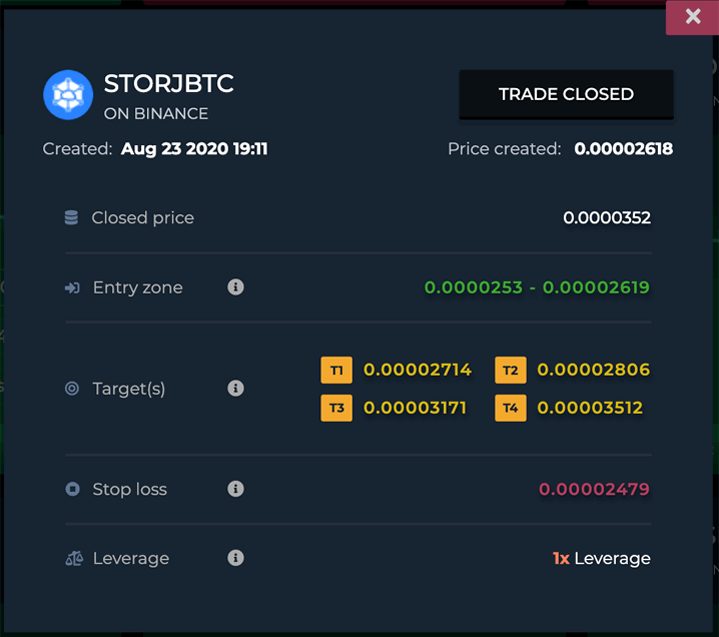 Our favourite trade over this period came in on the 23rd of August thanks to STORJBTC. It managed to generate a maximum 37% gain in just under five hours.

Think about that. If you made this trade, forgot about it, went on a netflix marathon, you’d have achieved up to 37% gains before you finished the second movie. 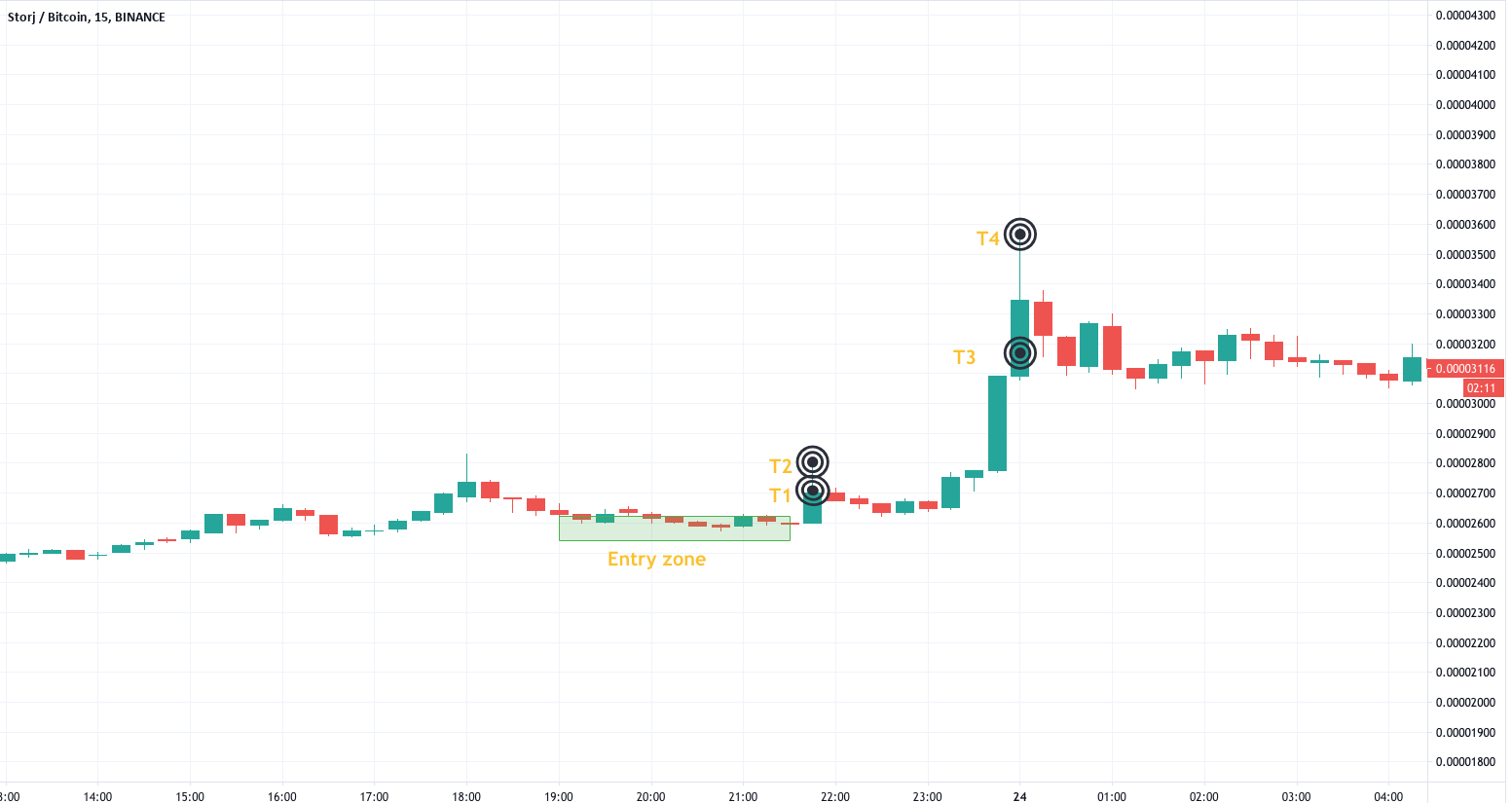 When the signal was generated for STORJBTC, within a short while you could see a sudden jump in the price triggering Target 1 and 2 to start selling those coins. STORJBTC was relentless, hitting Target 3 shortly after.

It rode the wave of its own momentum all the way to target 4 – achieving a 37% profit in only five hours. Get in there!

So 48% of all the signals hit target 2, 3 or 4! That’s a drop from the previous weeks which shouldn’t be a surprise as most coins took a nosedive during this period making the higher targets impossible to achieve.

Despite that it would still have worked well to aim for the more modest gains that Target 1 and 2 can offer.

Although only 9% of trading signals reached target 4, those that did achieved a peak profit of +28%! 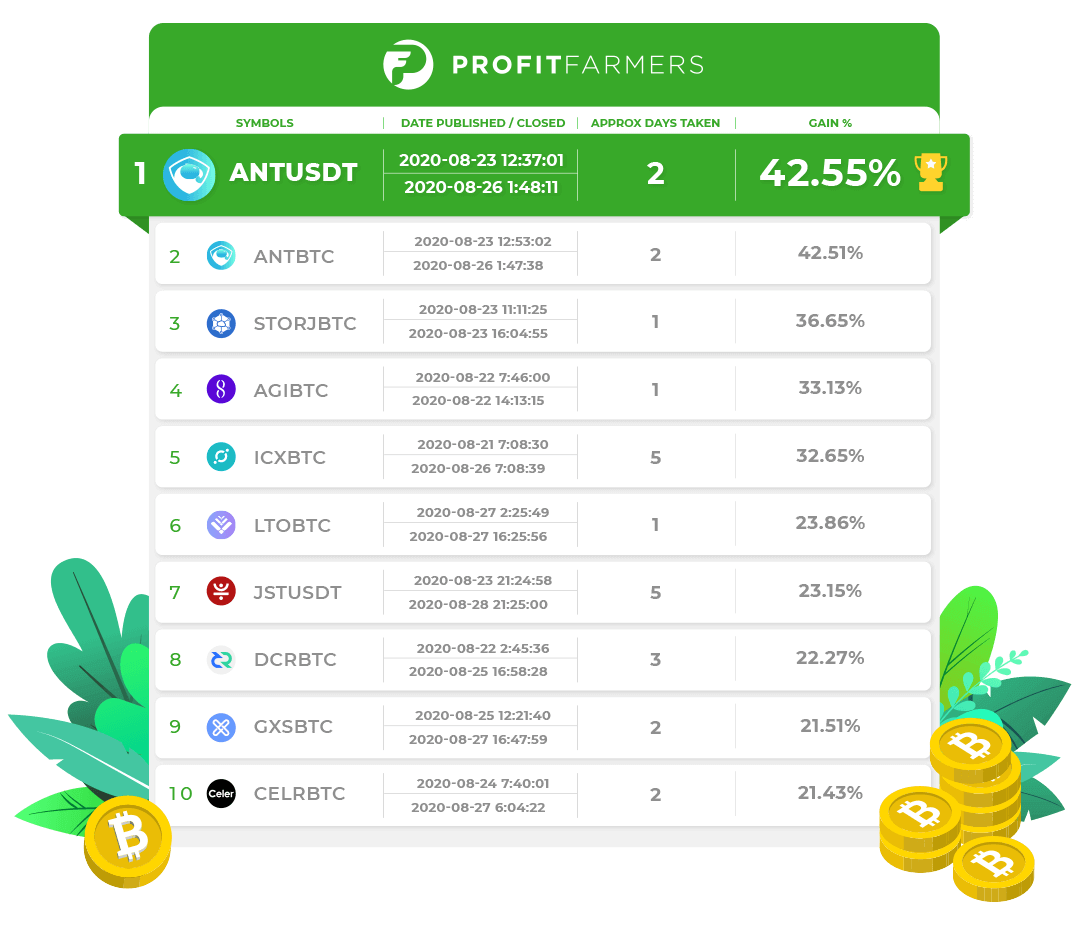 Our top trades have to be ANT vs USDT and BTC; It made some solid gains, with both pairs hitting a maximum 42% profit over the course of 2 days.

Shoutout to STORJBTC, which is our fastest pairing and favourite trade during the week, moving up 37% in just under 5 hours. AGIBTC was also a fast one, managing 33% in 6 hours.