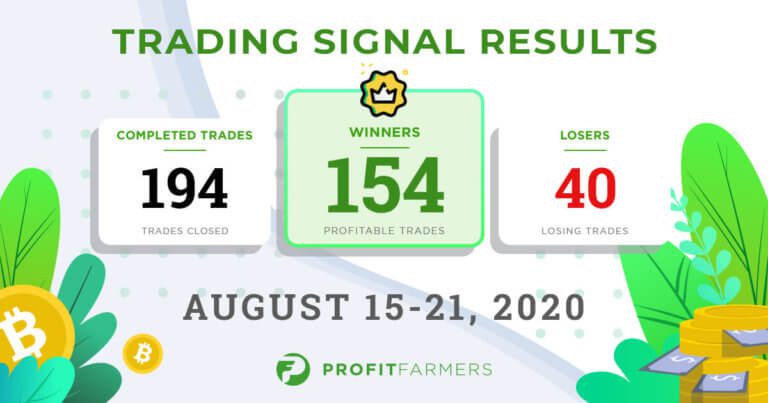 Our algorithms generated over 194 signals in 7 days across the various strategies.

That’s an average of 28 fresh seed signals closing every single day on the dashboard for our members all around the world.

What makes that even more exciting is that when you break down the winners and losers we saw a massive 79% of them hitting at least target 1!

That’s 154 out of 194 signals offering up at least some profit potential! Only 21% (40) of our signals generated and vetted by the experts went directly to stop-loss. 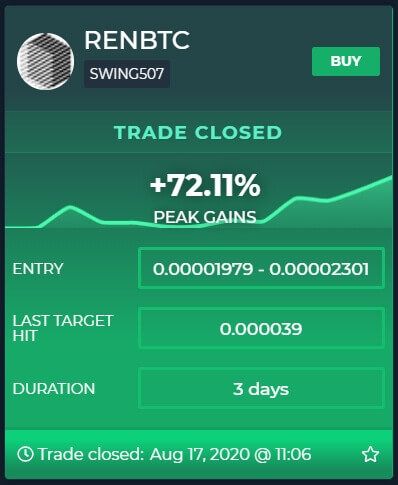 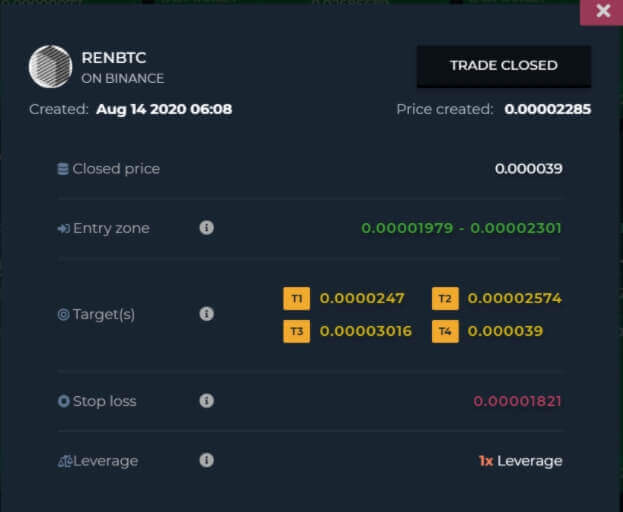 Our favourite trade over this period came in on the 17th of August thanks to RENBTC. 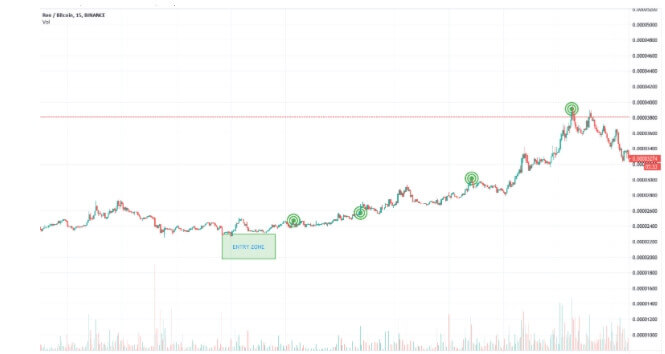 RENBTC only came a small way into our entry zone as the swing trade algorithm had picked this one up and was hoping for a slightly bigger pullback. The bulls quickly took control though and moved ahead in standard breakout – Retest – push… hitting all targets for a peak gain of 72% in just 3 days!

We have been trading REN several times recently as part of this parabolic move up! 300-400% gains since June! Let’s go Crypto!

Why is that so awesome?

RENBTC is our favorite trade because it generated a gain of 72% in only 3 days, but it was not the most profitable one! That title belongs to BATUSDT who managed to generate a gain of almost 73%… but it took about 98 days to get there. So if you were patient and never gave up on that trade, hats off to you and congratulations on that win!

We’d also like to give an honorary mention to ARPAUSDT and ARPABTC for reaching gains of above 60 percent! Get in there! ‘Link Marines’ also smiling with LINKUSDT pushing up almost 65% too.