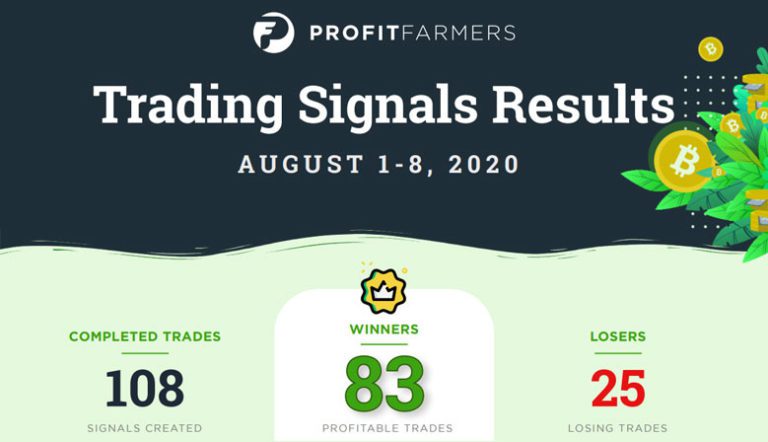 Our algorithms generated over 108 signals in 7 days across the various strategies.

That’s an average of 15 fresh seed signals every single day appearing on the dashboard for our members all around the world.

When you break down the winners and losers we saw a massive 77% of them hitting at least target 1!

That’s 83 out of 108 signals offering up at least some profit potential! Only 23% (25) of our signals generated and vetted by the experts went directly to stop-loss. 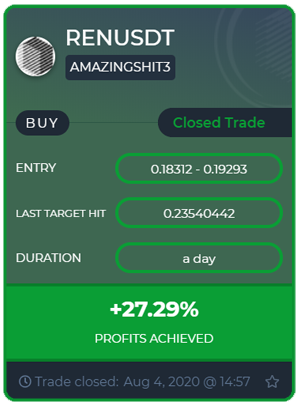 Our favourite quick money trade over this period came in thanks to REN vs USDT.

RENUSDT pulled back fully into the entry zone before pushing out, finding support along the top of our entry zone and then….bang! All targets hit for a peak gain of 27% in under a day!

We have another fresh RENUSDT trade ongoing which has already made +8% in just 10 hours! 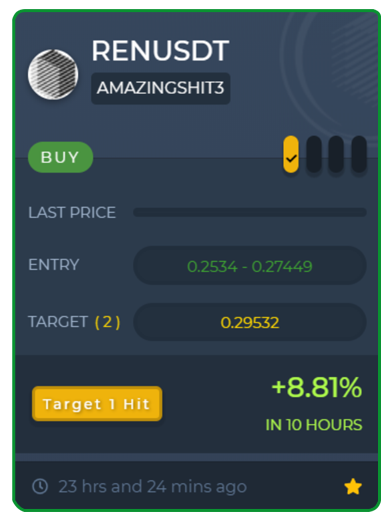 We broke down the winners to discover which targets were being hit.

This is what we saw: 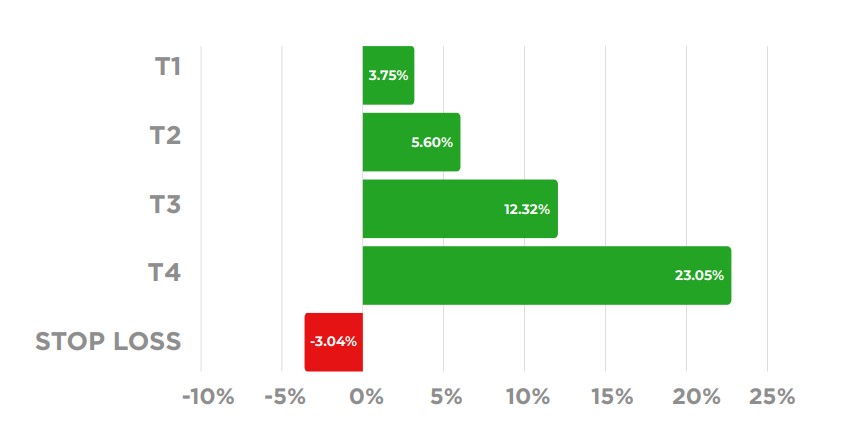 That means the vast majority of signals have been generating very profitable opportunities!

23% of trading signals generated achieved a peak profit of +23%!

Notably ANKR makes an appearance twice, gaining +48% against Bitcoin over 3 days, and +22% also in 3 days traded against USDT!! Very interesting to see double the gains against Bitcoin despite the king being so bullish recently!