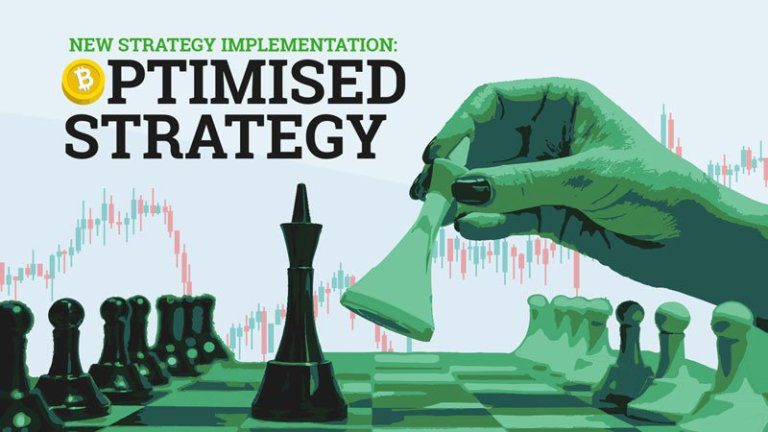 It will be added as another ‘strategy’ on the dropdown menu in the trading form next to the defensive, standard, and aggressive strategy. 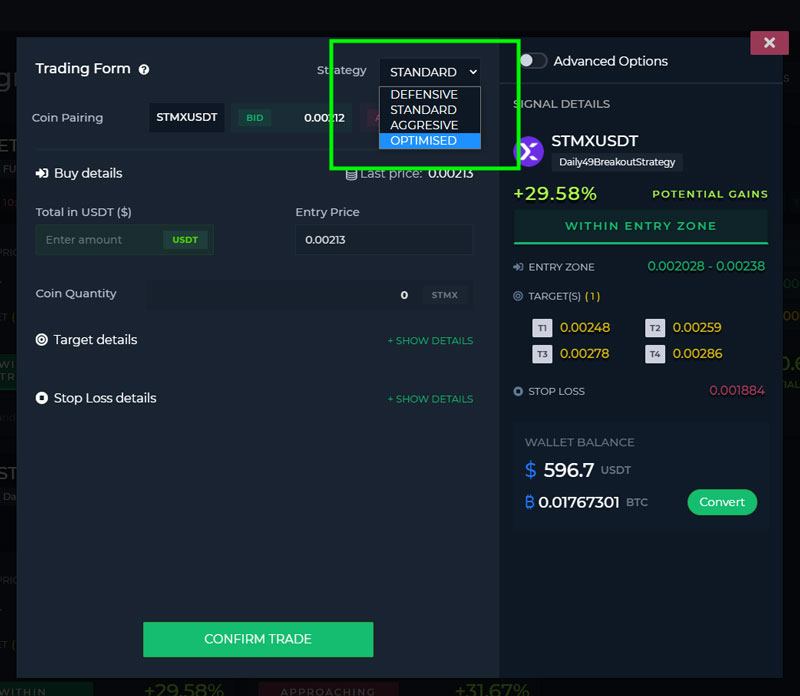 What does this do?

The plan is to update this strategy based on what the statistics breakdowns show us. For example recently we have been in a very choppy market, and many altcoins have been bleeding into Bitcoin (see Bitcoin Dominance charts!), which has meant aiming for target 2 rather than 4 has been very successful.

Our team of traders will work to update and reform this specific strategy so that we can be flexible during different market conditions.

This strategy should not be chosen without thought, you must always fully understand the trade plan you are creating and no strategy is ‘one size fits all’. You may get better performance by taking other actions.

To give you an overview of its functions, here is the strategy that will be implemented upon first launch.

Basing this on the recent quarterly statistics of the entry zone depth % (July – September 2020), we found that the entry zone dips at 40% before soaring off and hitting its targets. Due to this, many of our members find themselves unable to enter some of the trades when they go for the standard or defensive trading strategies. 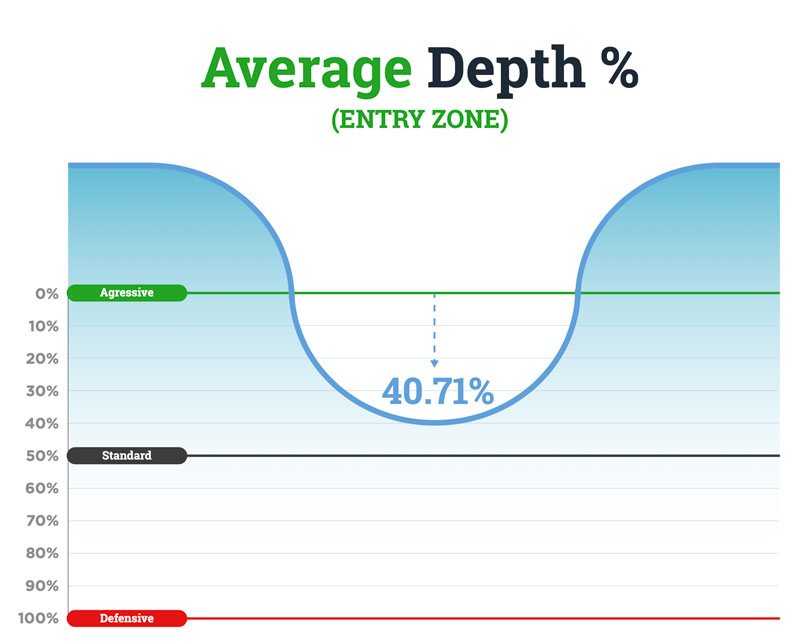 To alleviate this, we will be setting the entry zone at 35% depth in the ‘optimised’ strategy, so that it is not entirely aggressive, but just high enough so that our members will have an increased chance of entering their trades.

The Breakeven stop loss button will be set to OFF so that we get uninterrupted and more predictable performance for this particular strategy. The trading signal statistics are based upon no use of breakeven stop loss so we want to mirror that.

We’ve also noticed in the quarterly stats breakdown that a majority of our signals have been hitting target 2 – About 61%! That’s 827 (out of 1,357) signals!

Our expert traders have concluded that it is a viable strategy to remove Targets 1, 3, 4 and sell 100% of the coins at target 2. This would greatly minimise the risk of your trade going to stop loss and give you a 61% chance of going home with a decent profit.

The average peak gain at target 2 was around +8.5% during the last quarter. The average stop loss when hit is typically around -4%. 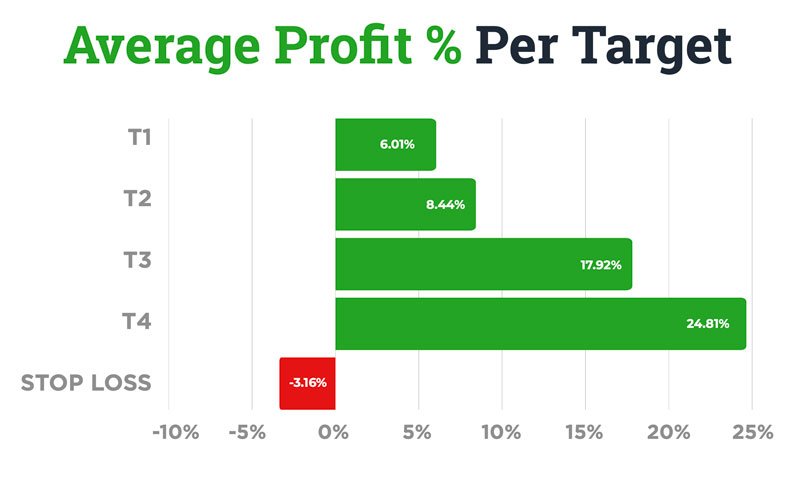 Image above is the average profit per target during the quarter of July, August and September.

To conclude, the optimised strategy will have the following settings:

As we’ve said before, this strategy will depend on the current market so changes might be implemented on a weekly, monthly or quarterly basis. Keep your eyes open for our newsletters to keep yourselves updated on the implementation of any changes.

PLEASE REMEMBER: Past performance is no guarantee of future results

The strategy option is based upon historic (but very recent) data. There is no guarantee that this will work in the future. Think carefully about every trade that you choose to make and you plan to approach it. Your money is your responsibility but we are always here to help you understand the system better!

Scroll to Top
ProfitFarmers uses cookies to ensure you the best experience on our website. If you continue to use this site we will assume that you are happy with it.I AgreePrivacy policy